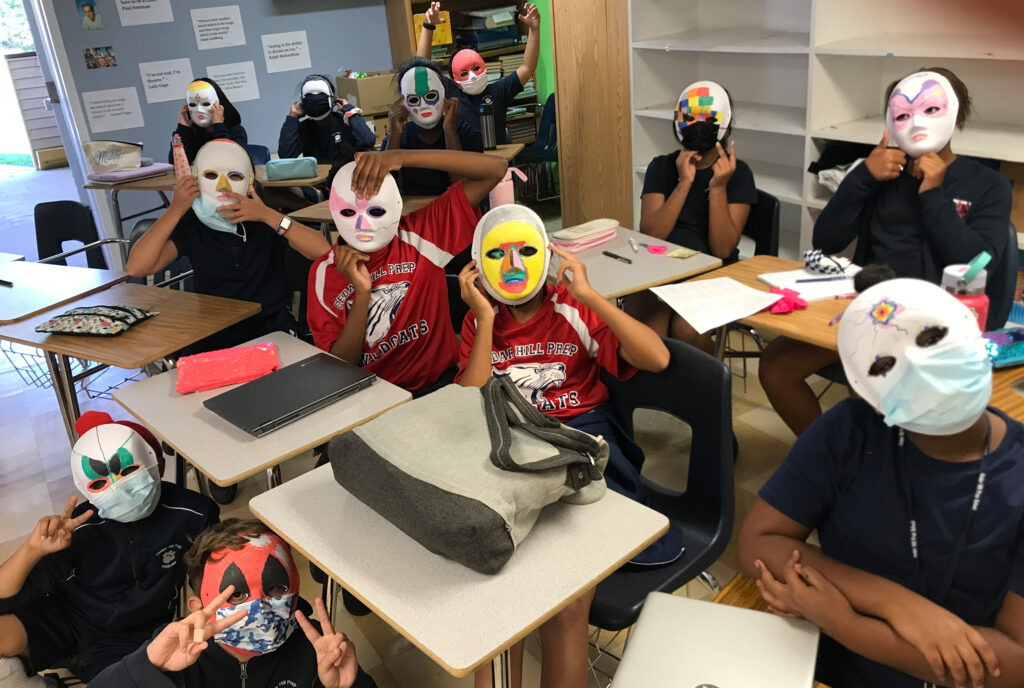 Students with a flair for the dramatic throughout CHP have gotten into the acting spirit in Drama Class with the school’s new theatre instructors Miss Mary Blair Duncan and Mr. Scott Homiak. The younger students have been learning about both creation and performance in the theater through their work on story structure and articulation.They have also been practicing being good audience members and helping each other tell stories based on their real life experiences.

In the older students’ classes they began the year with a project showcasing theatrical disguise and the notion of taking on another identity. Each student decorated a papier mache mask, using acrylic paint pens, in a style that was unique to their interests and personal aesthetic. Then they chose a stage name in conjunction with the faces they had created. From there the students dove into performance based activities, such as confidence building ice breaking games and enacting scripts aloud in small groups and as a solo monologue. 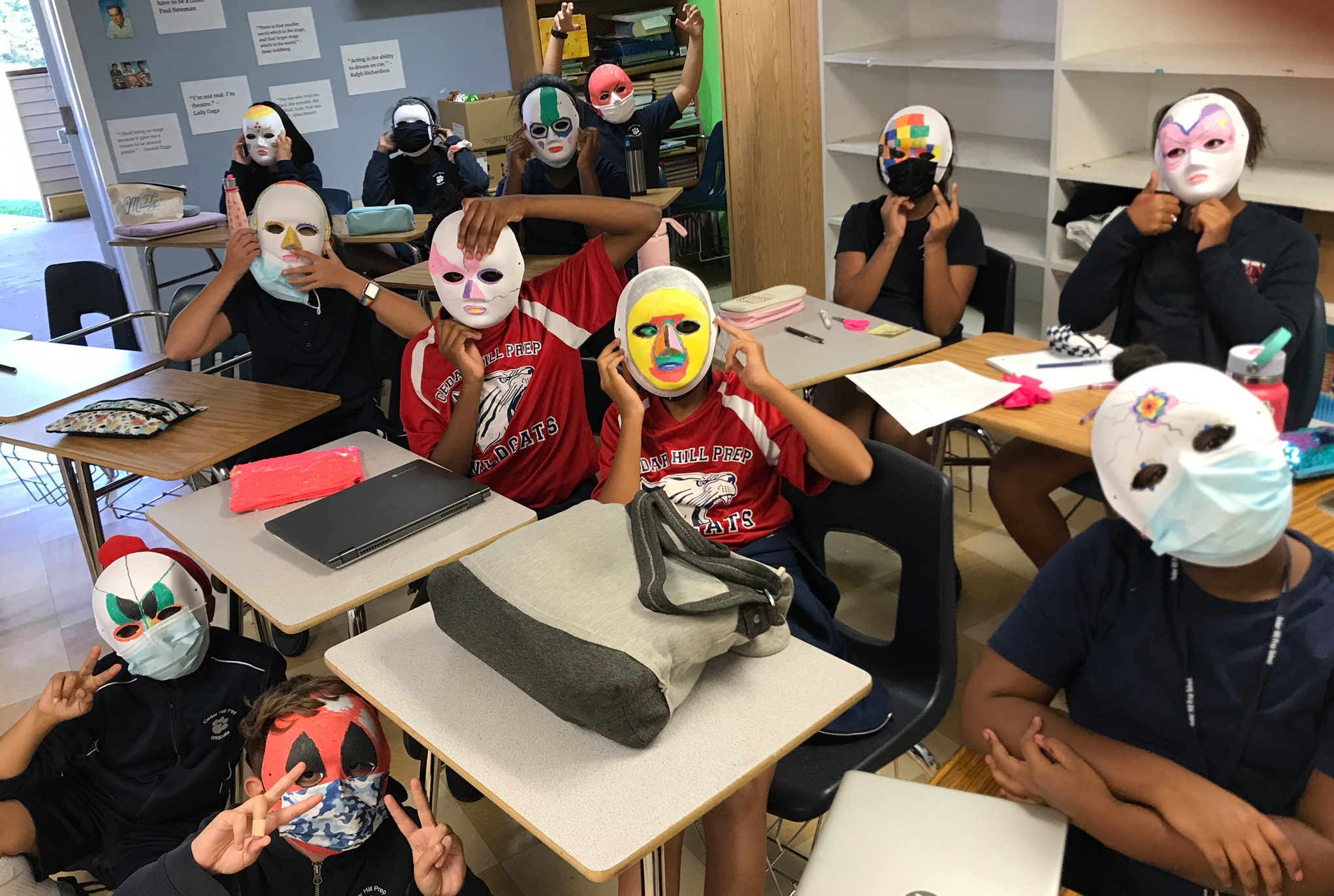