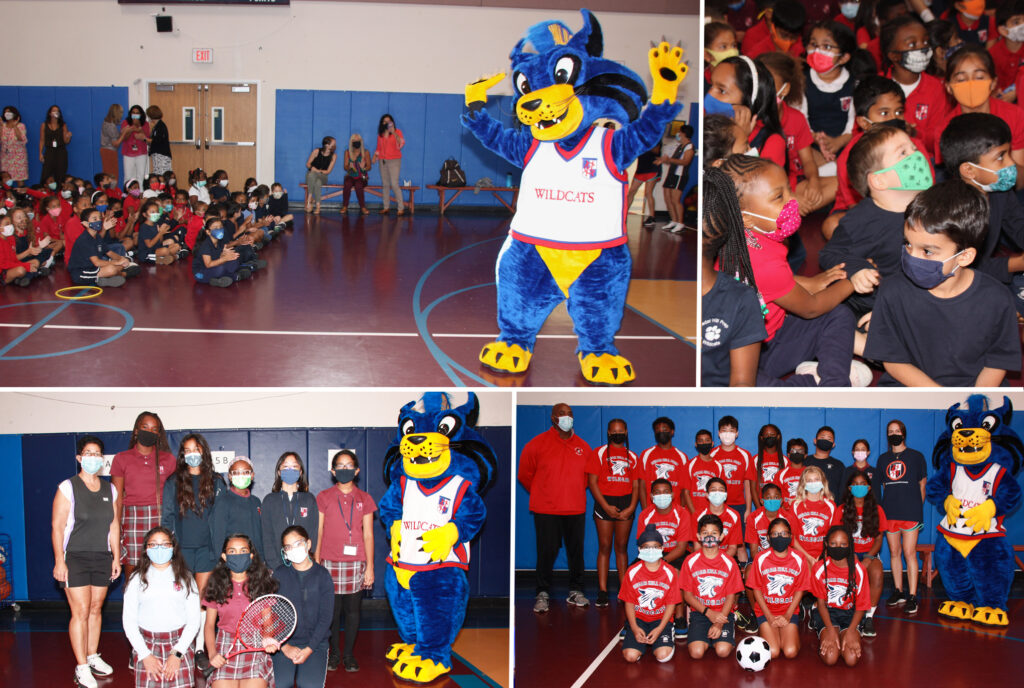 On Wednesday, September 22nd, the Cedar Hill Prep community gathered in the gymnasium for a pep rally in support of the school’s tennis and soccer Wildcats teams. The rally kicked off with “Satisfaction” by The Rolling Stones as the students clapped along to the music, before Principal Seeley revealed that this was the same song his high school wrestling team used to walk out to. He then opened up the gym for a visit from a surprise guest, CHP’s mascot Chip the Wildcat. Chip had the kids cheering and laughing to his dance moves and physical comedy.

Coach Francavilla addressed the crowd and introduced the members of the tennis team one by one, as they entered the gym cheered on by a chorus of hoots and hollers from their peers. This was followed by Coach Tierney’s introduction of the soccer team. The gym erupted with applause for each member of the team, in advance of that night’s first match of the season against Winfield, a co-ed game held at Middlebush Park. The applause culminated with a round of clapping and stomping along to Queen’s “We Will Rock You.” This classic sporting events theme set the tone for a victorious encounter with our friendly athletic rivals. CHP aspires to make its mark as a school of strong athletic, in addition to academic, repute and the student athletes were greeted by plenty of encouragement and inspiration for a successful season.

The rally ended with another dance-along to the song “Jump Around” while Chip the Wildcat and Mr. Seeley kept the crowd fired up with their pogoing dance moves. The students filed out a grade at a time, still dancing, with big smiles on all their faces. There was no question that school spirit and student morale are very high as we move into this new year at CHP. 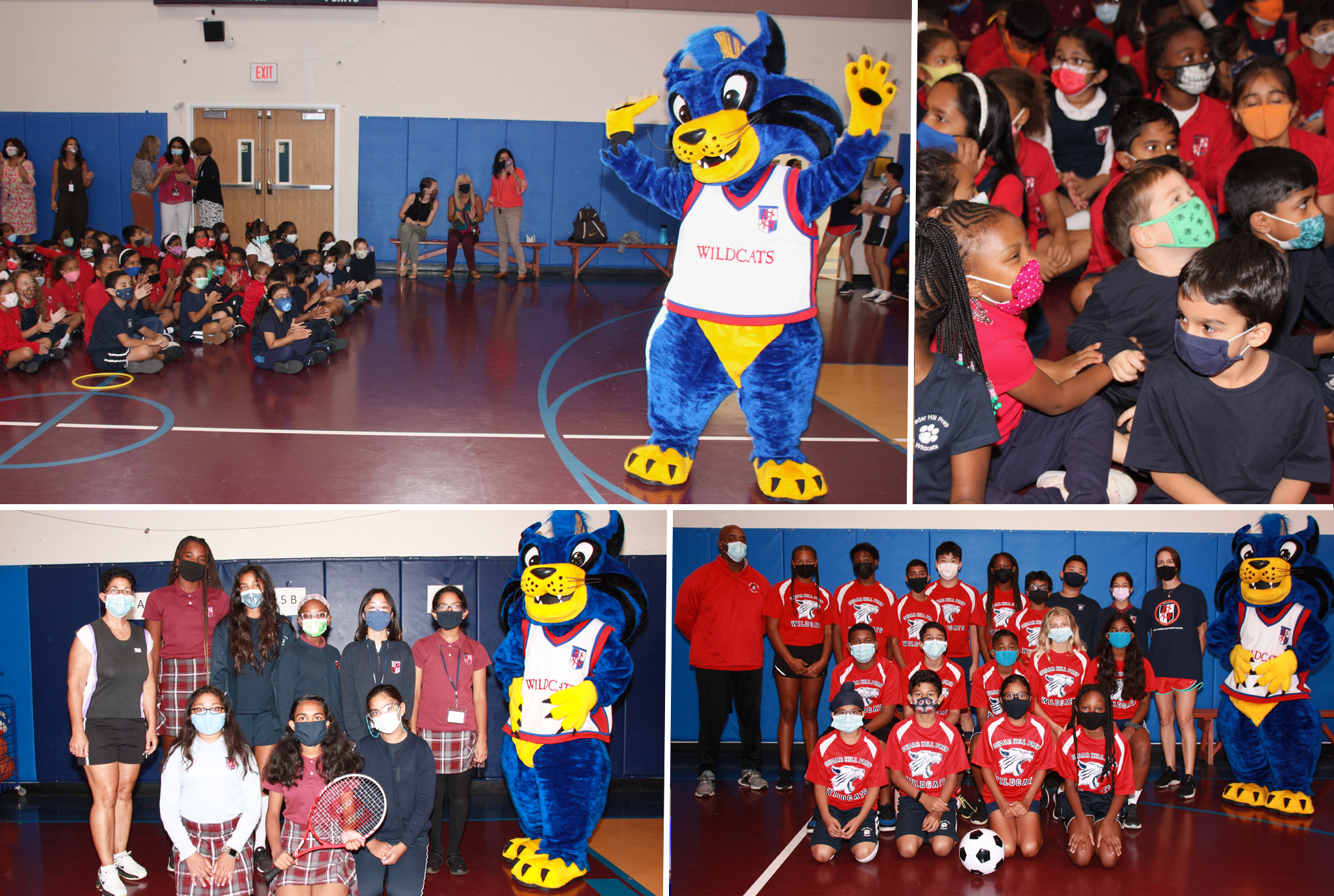